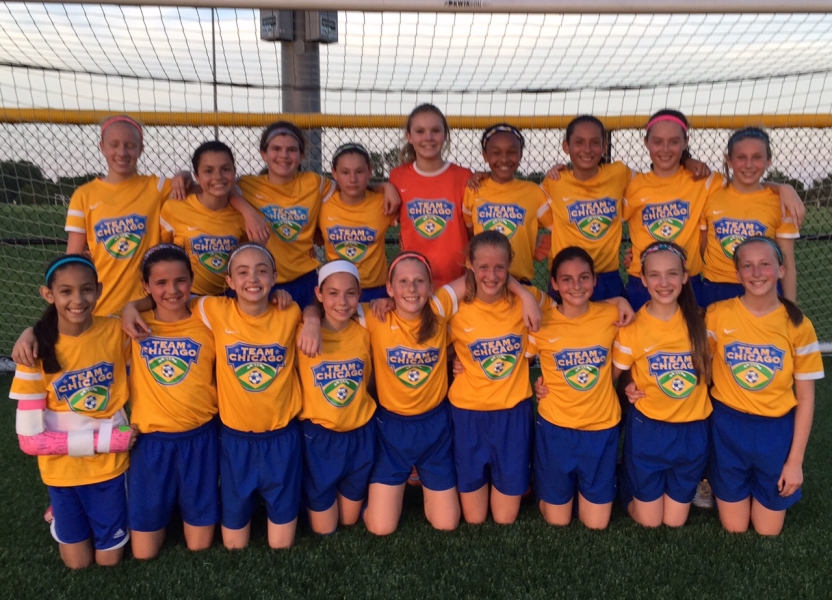 The 2014-15 was a very successful year for Team Chicago both on and off the field. The girls program is among the top-4 in the State of Illinois and with a realistic chance of become a top-2 program within the next 3-4 years. The boys program has now stabilized and with teams through the U17 age group is only one age group away from having a full complement of age groups. Several of our boys teams are competitive within the state and region, and this will be the platform from which to pursue a path to becoming one of the top non-Development Academy clubs in Illinois.

With the addition of Herb Schuler and Dave Lovercheck as U10-18 directors, as well as the renovated indoor facility, we are poised for continued competitive improvements over the next five years.

Here are some competitive highlights from the past year:

U17 Girls Brasilia: Finished 2nd in the MRL Premier I Division last Fall and won the prestigious Disney College Showcase last Winter. Going into Junior year they have 8 players committed with athletic scholarships at Villanova, Illinois, DePaul, Purdue (2), Ball State, Kent State, and Grand Valley State. For the upcoming season the team has earned a spot in National League (the top league under the USYSA).

U17 Boys Palmeiras: Finished tied for 3rd in the MRL Premier II Division in the Spring and competed well both in State Cup and the State Premiership division.

U16 Girls Cruzeiro: Finished 2nd in the MRL Premier I Division, runners-up in State Cup, Semi-finalist at Regionals, and 5th in National League. 1 player has committed to Penn State.

U15 Girls Bahia: Finished 3rd in the MRL Premier I division and as runners-up in State Cup after losing an 11-10 penalty kick shootout in the final. .

U14 Girls Santos: Won the MRL First Division and won promotion to MRL Premier II Division for the Fall.

In September 2014 Kerry Abello traveled with the U17 National Team to South Korea for two weeks. She was also called into camps in November 2014 and January, April, and August 2015.

2015-16 promises to be an exciting year on all fronts for Team Chicago, its teams, and its players.