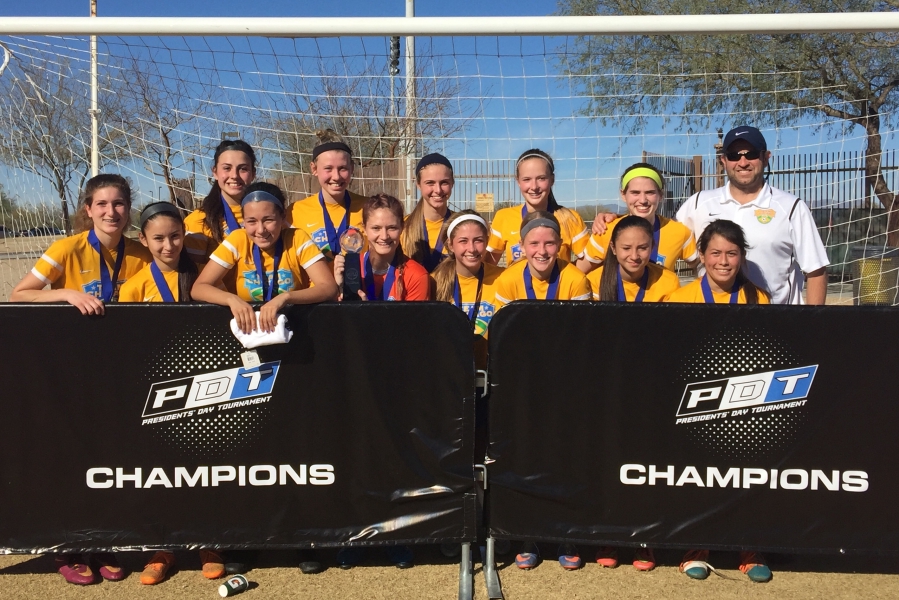 Team Chicago Academy-Bahia claimed the Girls U15 title at the prestigious SC Del Sol President’s Day Tournament in Phoenix, AZ with a 2-0 win over Westminster Samba (CO) in the final.

After a scoreless first half, Bahia broke the game wide open in the early stages of the second half as Paige Miller recorded a brace in less than minute. The eventual game winner came in the 11th minute from a passing sequence between Audrey Siebert and Sophia Majher that found Paige with the ball at her feet at the top of the 18-yard box. She walked it in and calmly slotted the ball home.

Less than a minute later Allie Anderson served a great ball in-behind the Westminster defense, and Paige beat the on-rushing keeper to the ball and walked in the insurance goal. Bahia had several other quality chances to extend the lead, but the final score was 2-0.

This was a wonderful accomplishment for the Bahia girls to end their U15 season and before heading into their first H.S. soccer season.