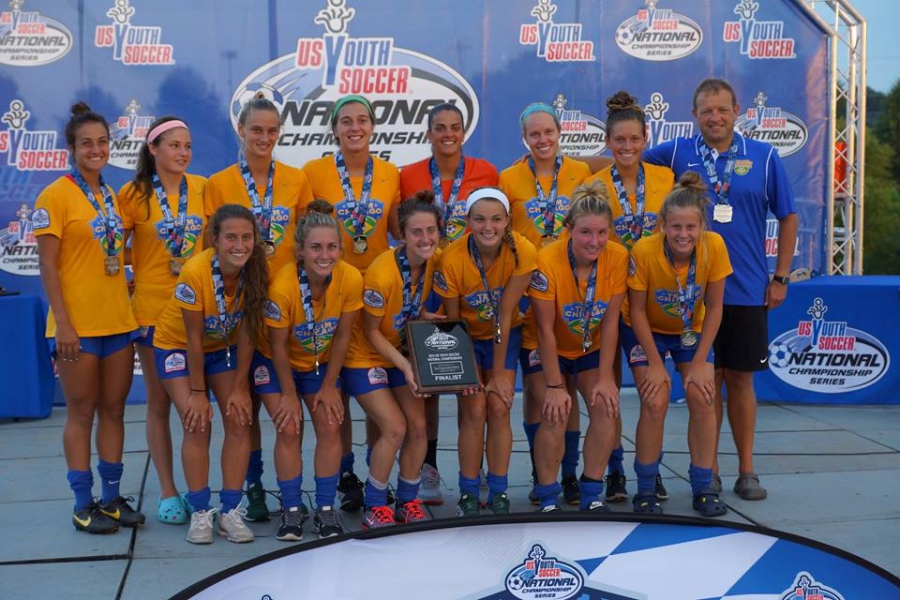 Team Chicago Soccer Club is the elite club soccer program for the Wheatland Athletic Association with professionally licensed coaches and trainers. Team Chicago is composed of boys and girls elite travel teams from U7 (2010) through U19 (1998). Our teams play in the Young Sportsmen Soccer League (YSSL) and in the Illinois Women’s Soccer League (IWSL), the USYSA Midwest Regional League (MRL), and the USYSA National League. Team Chicago teams and players have had significant success at the state, regional, and national level.
Team Chicago’s philosophy is to help develop technically and tactically gifted players who play attractive possession-oriented soccer and who are prepared to succeed at the Regional and National team level, as well as the high school and college level. We are focusing on doing so by providing a “boutique” feel for a smaller number of more elite teams than our competitors in the area. This allows us to provide far greater attention to the players especially as it comes to feedback (on-line and in person)to aid their development, and extensive and personalized support during the college search-process.

Each year Team Chicago has players joining some of the most coveted collegiate soccer program across the United States. Since 2013 we have placed 89 players into college programs. 78 on scholarships in Division I, II, and NAIA and 11 into prestigious Division III programs.

We also have a long history of developing Youth National Team players. Over the past 15 years we have had 20 boys and girls called up for National Team duty.

Team Chicago has its own practice and game complex as one of the only youth soccer clubs in the Western suburbs, including 5+ acres of outdoor lighted fields and a newly renovated 30,000 sf indoor facility with a state-of-the-art sand-only infill turf field as well as a Futsal court.

Below are some of Team Chicago’s most recent headlines capturing our successes:

Team Chicago is now accepting registrations for the 2016-2017 season tryouts. The tryouts start on May 7th (U16-19 Girls) and run through early June.