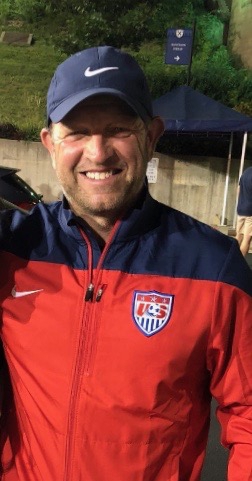 Team Chicago is pleased to announce that Phil Nielsen will be taking over the role of Girls Director (Chris Brown has left the club for a role at the University of Wisconsin, Milwaukee). Phil will be responsible for overseeing the girls program in addition to his role as Director of College Recruitment where he assists Team Chicago players in the college recruitment process. Phil is currently the head coach of three Team Chicago Academy Elite girls teams for the 2019-20 season: 2001 Elite, 2002 Elite and 2003 Elite.

Prior to returning to Team Chicago earlier this spring, Phil was the Academy Director at the Cincinnati Development Academy. Phil recently completed his US Soccer Federation ‘A’ license and holds a UEFA ‘A’ license as well as multiple United Soccer Coaches diploma’s. He is a longtime Regional ODP Head Coach and is an Assistant Coach with the US U23 Women’s National Team and a US Women’s National Team Scout.