Kevin Gowrie Hired as the new Boys' Director of Coaching 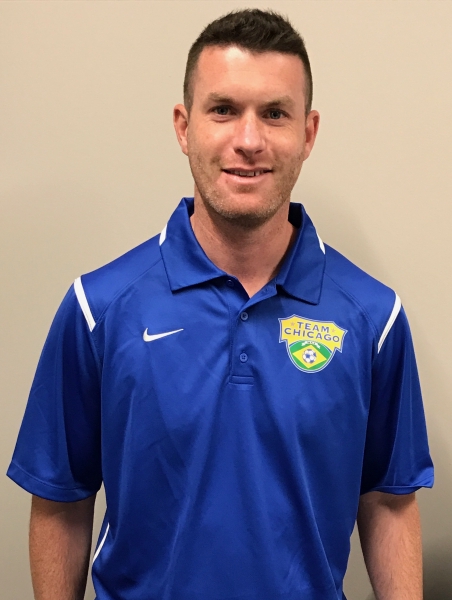 Team Chicago is thrilled to announced that we have hired Kevin Gowrie as our new 10U-19U Boys’ Director of Coaching effective July 31, 2017. Gowrie is original from Perth, Scotland, but has been coaching in the U.S. for the past seven years and the past two years he has been the Director of Coaching for Oregon Soccer Club in Wisconsin.

In that role he has been overseeing both the competitive and the recreational programs as well as creating a club coaching philosophy and a player curriculum. Gowrie has also created the curriculum for the OSC Academy (9U-10U) and Pre-Academy (8U) which has been certified by the Wisconsin Youth Soccer Association.

Gowrie played youth soccer for Athletico Blair, was selected for the Perth & Kinross Regional Teams at the Under-14, Under-16 and Under-18 age groups and represented Scotland at the Under-14 and Under-16 levels before starting his coaching career at St. Johnstone FC. He holds a Bachelor of Science degree with Distinction in Sport and Exercise Science/Sports Coaching Degree from the University of Edinburgh Napier and “C” coaching licenses from the Scottish Football Association and the U.S. Soccer Federation and will have completed his “B” license by early August, 2017.

Gowrie explains his passion for coaching and developing young players: “My work is my passion: When I first got involved in coaching at the age of 16 as a volunteer in the St. Johnstone Football Club community program it was not only a way of recycling information that I had learned from some great coaches growing up and giving something back to the next generation but also the start of a career. At that time I still had aspirations to make a career out of playing the game and had been selected to play for the U14 & U16 Regional teams and had also represented my country, Scotland, at U15 & U16. It wasn’t too long after that I realized my dream of playing at a professional level wasn’t going to happen and I would need to start thinking about a new career path.

16 Years later I could not be happier in the direction I chose. I cannot think of another job that would be so rewarding as working with young athletes. Teaching the game and seeing the results, not necessarily the wins and losses, but the technical execution of the skills, the decision making under pressure, the dedication and desire to improve and how everything comes together on the field after the hard work and preparation leading up to the performance is just an indescribable feeling of excitement and pride."

Team Chicago Technical Director – Phil Nielsen: “From the moment I met Kevin, watched him coach and talked to him about soccer and youth development, I knew I wanted him on my staff. His level of playing, coaching, and academic experience in soccer is outstanding, but even more than that Kevin is equally passionate about developing all his players and himself as a professional coach and director.

I am convinced that the Team Chicago Boys’ Program is being placed in the hands of a coach and director with the ideal combination of soccer knowledge, experience, vision, people skills, and work-ethic.