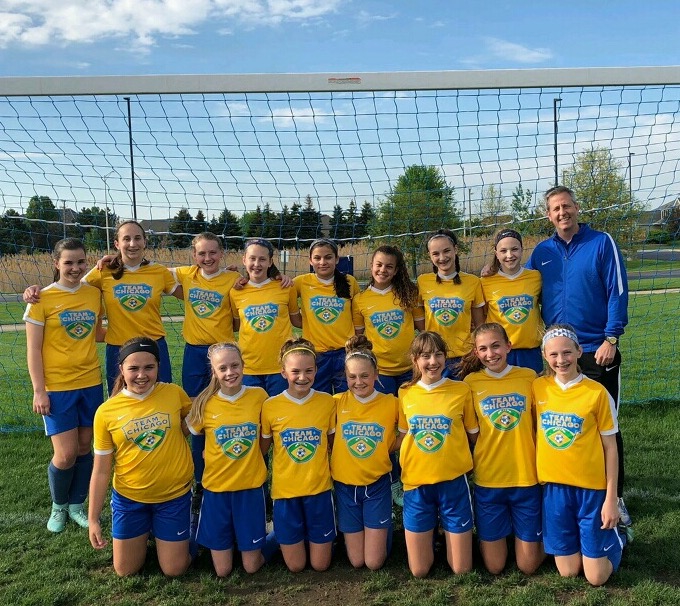 Aurora, Illinois- After going 3-0 in pool play, Team Chicago 2005 Premier advances to the Semi-Finals in the Illinois Youth Soccer Presidents Cup. 2005 Premier beat Eclipse Select Black 2-1 in the opener, followed by a gritty performance to defeat ELA Elite 1-0. In the final game of pool play, 2005 Premier faced Chicago Edge and avenged a couple of 1 goal losses with a dominating 4-2 victory to clinch their group. “Scoring came from a variety of sources, as Team Chicago scored seven goals from six different players.” Coach Greg Fredrick commented.

The 2005 Premier Girls will compete against Chicago Rush on Saturday, May 26 @ 2:00 in Rockford in the Semi-Finals. The winner of Presidents Cup will head to Regionals in West Chester, Ohio June 14-18th, 2018.