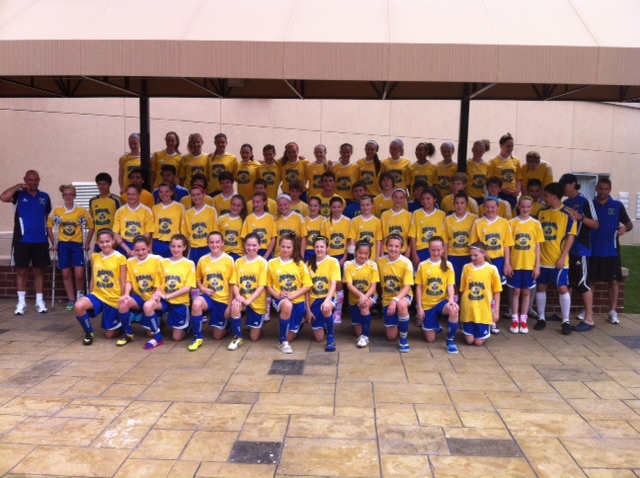 Four Team Chicago Academy teams traveled to Fort Wayne, IN this past weekend to participate in the “Shoot for the Cure” tournament. With 65+ players and their families all staying in the same hotel there was a very strong Team Chicago feel to Downtown Fort Wayne, and players, coaches, and families had a great bonding experience.

It was also a successful weekend on fields with 3 Team Chicago teams advancing to the finals and Cruzeiro (U12 Girls) claiming the U13 title with a 2-0 win over the host Fort Wayne Fever’s U13 team. Mia Lakstigala and Jamie Goralski got the goals, and Bailey Witt earned the shutout in goal.

Palmeiras (U17 Boys) lost a heart-breaker in the final on a goal with 2 minutes left of the 2nd overtime. And Vasco (U14 Girls) lost the final in the cruelest of manners in a PK shootout after a 2-2 tie. Taylor Leskovar and Katie Brown got the goals.

Finally, Brasilia (U13 Girls) made it to the semi-final after two very impressive wins in the group play.

Closer to home, the Falcons (U13 Boys) made it to the championship game of the Hawks Tournament. Playing Eclipse they were down 3-1 at the half. However, they rallied in the 2nd half with goals by James Zhang (who scored the 1st half goal, too) and Alex Filo. Playing some really good team soccer, they ended regulation tied 3-3. With an exciting PK shootout going to 7 shooters, the Falcons unfortunately lost in the end. Great game and a great tournament.