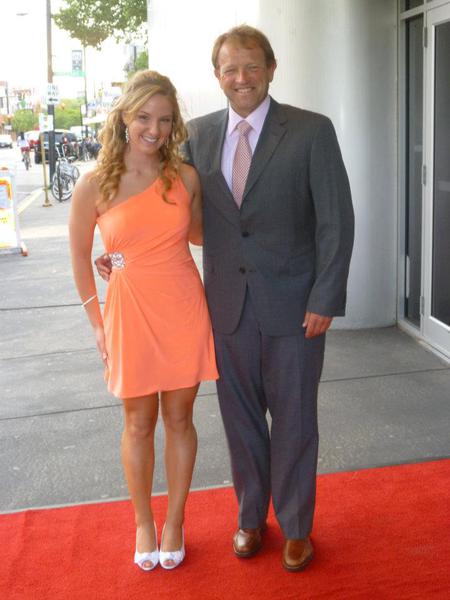 Mary Rounce from Team Chicago Academy-Santos was in impressive company on Tuesday night as she attended the Red Carpet Premiere of the new documentary “Head Games” by award-winning documentary film maker Steve James. James is probably best known for his movie “Hoop Dreams”.

“Head Games” takes a critical look at the issues surrounding brain injures suffered in both professional and youth sports. Mary and her mother Laura star in the film as they share their story about Mary’s concussions from playing elite youth soccer. The movie also has footage from a Team Chicago Academy-Santos game at Midwest United last fall with cameo appearances by AJ Jakuszewski, Caitlin Tabilog, and Talise Romain.

The movie will be released shortly. For a view of the trailer, please click on this link http://vimeo.com/headgames/trailer