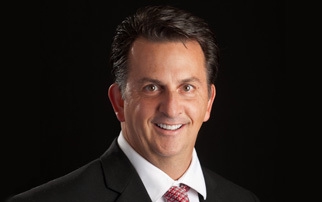 Matt comes to us from a position as Director of Coaching for the Fort Wayne Fever Academy. He guided his ‘91 Girls to the U14 State Championship and the Regional semi-finals. He was also a State finalist with the ‘91 boys (U12) and ‘92 girls (U17). While at Fort Wayne Fever, Matt oversaw the Girls U15-18 program including the college-search advisory program. As the Head Coach he developed current U20 National Team and UCLA star Sarah Killion, and a number of ODP Regional Team players. Matt holds a USSF ’A’ License, and has over 25 years of coaching experience.

Team Chicago Academy has a close working relationship with the Fort Wayne Fever as we share very similar coaching, development, and playing style philosophies. For the past four years Team Chicago Academy teams have participated in the Fever’s 11v11 Indoor College Showcase in January, and this Spring teams participated in the Fever’s Shoot for the Cure tournament. This upcoming weekend the Fever will be participating in the NSR Region II Midwest Cup hosted by Team Chicago Soccer Club.

Matt played for four years at Rochester Institute of Technology and earned ALL-CONFERENCE honors as a senior. RIT was recognized as a Division III power during the early to late 1980’s and participated in the NCAA Final Four. Matt graduated from RIT with a BS in Applied Statistics (1988). He received his MBA from Indiana Wesleyan in 1999.
Matt is a 17-year veteran of Navistar where he currently holds the position of Purchasing Manager. He resides in Geneva with his wife Nancy. Their daughter Emily is a Division I soccer player at Indiana State University, and their son Gavin played Division I soccer at University of Evansville.

Matt spent seven years as the assistant coach for Shenendehowa High School boys program located in Clifton Park, NY. The team won 5 state titles and finished twice as the #1 ranked high school boys team in the nation as voted by USA Today. He had the opportunity to coach both Miles Joseph and Damian Silvera who both starred for the U.S at the 1996 Olympics in Atlanta and for the New York/New Jersey Metrostars in the MLS.

During the same time Matt was a club coach for Capital United Soccer club where he won two state titles, U17 Boys and U19 Girls, respectively. Many players went on to play soccer at the collegiate level from both groups.

Matt moved to Fort Wayne, Indiana in August 1995 and began coaching with the Fort Wayne Citadel. He had the opportunity to win three state titles, U17 Girls, U18 Girls, and U19 Girls. During the late 1990’s he was also a member of the Indiana State ODP coaching staff.
Matt was then Head Coach of the Canterbury High School Girls team from 2003 through 2008. His teams were ranked in the top-20 in the state for three years.