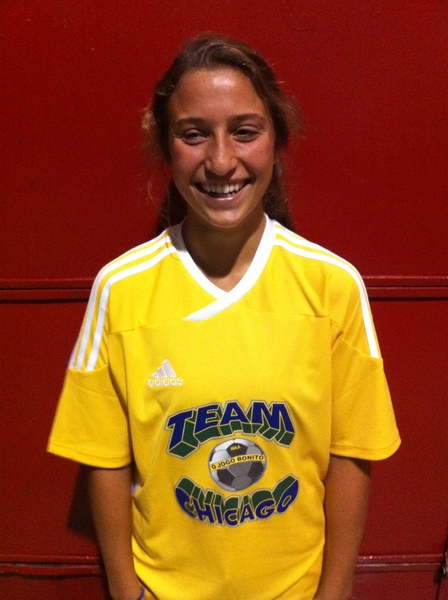 Team Chicago Academy-Botafogo tied CESA from South Carolina 2-2 on the second day of the USYS National Championships in Rock Hill, South Carolina. It was a totally dominating performance by Botafogo in the first half as they took a 1-0 lead into the break off tri-captain Hope D’Addario’s beautiful strike from 25 yards out.

In the 2nd half CESA started playing very direct, and was able to knock Botafogo off its game plan. The score was tied after a corner-kick about 20 minutes in, but Meegan Johnston restored the lead for Botafogo with perfectly taken PK with 20 minutes left. Unfortunately, CESA was able to find a late equalizer in the 89th minute, so Botafago now needs a win against the top-ranked team in the country Legends Breakaway tomorrow morning, and some help in one of the other two games, to advance to Sunday’s final