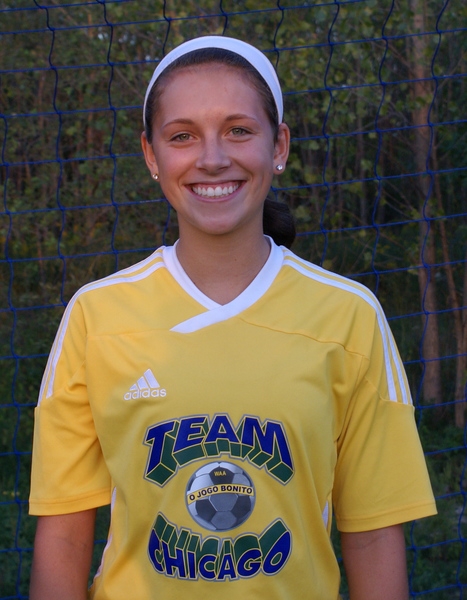 Team Chicago Academy-Santos advanced to the IYSA U18 State Cup Semi-Final with a come-from-behind 2-1 win last night. With the win Santos finished with a perfect 9 points in the round-robin group stage and 23 goals for and 1 against.

In an intense, but not particularly well-played game, Strikers came out with far more energy and purpose, and took a deserved lead halfway through the first half. The game teetered back and forth for the rest of the half, but Strikers were able to take its 1-0 lead into the half.

It was a much more driven Santos team that showed up for the second half. 15 minutes in co-captain Kristen Brots leveled the game on a perfect shot from Heather Handwork’s assist. Only needing a tie to advance, Santos maintained control for the remainder of the game. With 9 minutes left Gianna Marconi poked the ball from a Strikers player into the path of Heather Handwork. Heather drove at the goal and unleashed an unstoppable shot from the top of the 18 to put the game out of reach.