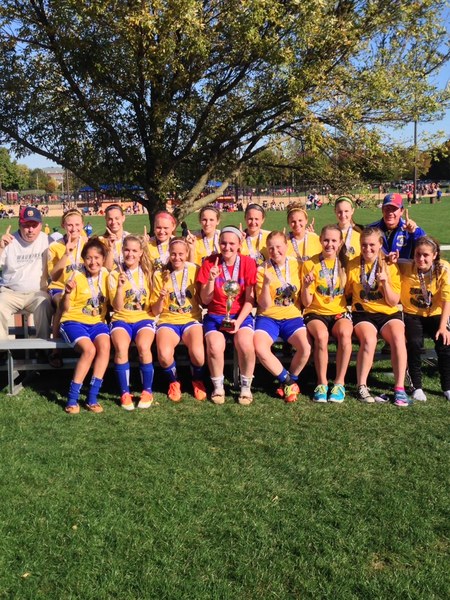 America went 3-0-1, outscoring their opponents 14-1. In the final game
of their round robin group, America needed a victory and a shutout to
secure the championship. The team stepped up with a 3-0 win to bring home the trophy. Nine different players contributed to the scoring column, while earning three clean sheets.

This is the 2nd tournament championship this fall for America. While in Champaign, the girls had a team outing watching the University of Illinois women’s soccer team defeat Wisconsin 3-2 in
a Big Ten match-up.