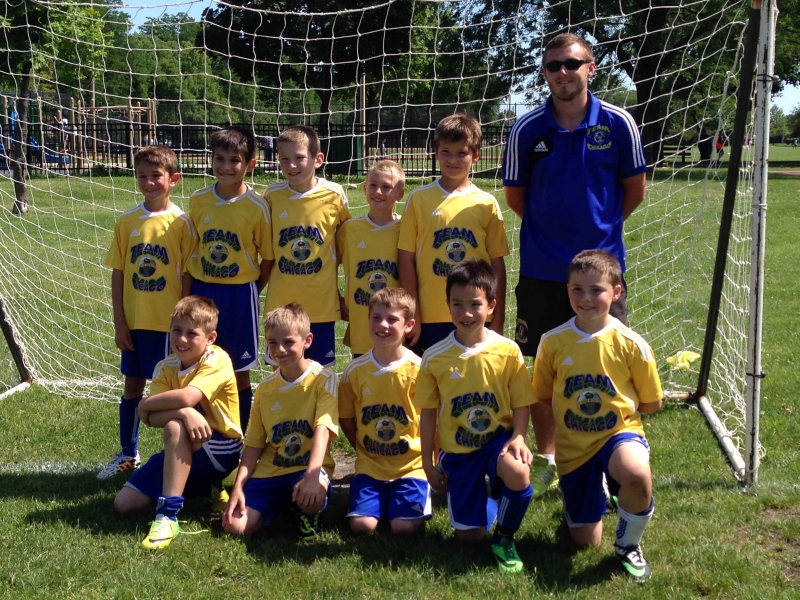 Team Chicago Lightning put the finishing touches on an unblemished record Saturday with a convincing 6-0 victory over the Chicago Dolphins. Behind a brace apiece from Ian Laird and Ryan Mauder, Lightning completed their perfect spring season in NISL, capturing the U9 Platinum South title with an 8-0 record.

It was a truly dominating season for Lightning who outscored their opponents 29-6 during the spring session. It also serves as the highwater mark for a team that has improved steadily each season. Most of the boys have risen through the ranks of Team Chicago’s Pro Academy and have played together the last three years.

The offensive surge this season was led by forwards Ryan Mauder, Logan Houck, and Sam Nichols. Driving the engine of the team through midfield play were Nik Juarez, Alex Stadnyk, Luke Macaluso, Ian Laird and Alex Das. Defense has been the hallmark of the team over recent seasons and anchoring that defense was the duo of Derek Sisbarro and Will Bakosh. Congratulations to the boys and to coach Andrew For a remarkable year.