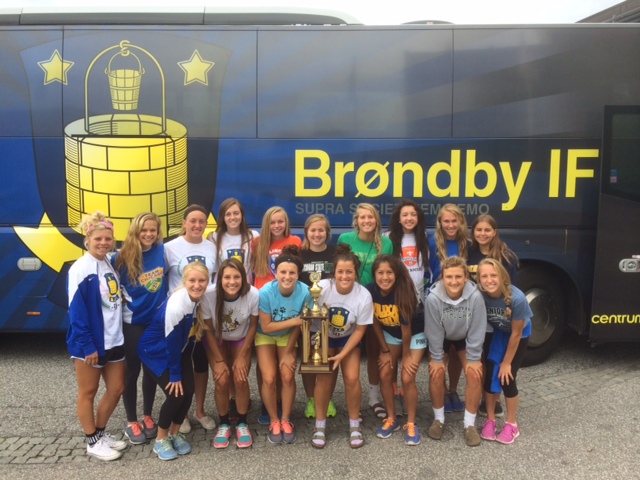 Our day started out with, once again, the same breakfast we have had for the past 6 days. We had a slightly earlier start to the day because of a planned practice at 8:30 that morning. However, it was pouring down and to our relief, Phil announced cancellation of practice because he didn’t want us all to have to bring home wet clothes (which would have made the smell even more unbearable).

Soo… instead we all got ready for the day of shopping, walking around, and sightseeing in Sweden. Unfortunately, the weather was still not cooperating as it continued to rain all morning. So instead of heading straight to Sweden, we took a detour in Fields mall. After the train ride across the water, we all went shopping in Malmo, Sweden. There were a lot of stores that we recognized from the US and not as many souvenir shops as we thought there would be. The weather thankfully cleared up in the afternoon and after the shopping and walking around was done, we began our trek back to Denmark. Everyone was quiet and some were falling asleep on the train ride.

Once back at the hotel, we went to the Klubhus (Club House). Quincy and Keely found themselves playing multiple games of air hockey with three little Danish girls to pass the time while we were waiting for our dinners. After a long day of walking and traveling to another country, we all headed back to our rooms to pack up all our belongings for the next days travels back home.

For the final time, we had the same breakfast at the hotel. We piled all of our suitcases into Phil’s room before walking to his favorite bakery. Once we reached the bakery, we all tried some different Danish pastries and they were all incredibly scrumptious. Phil gave us his final speech of the trip to all of us as we ate our treats. The Brøndby team bus came to pick us up from the hotel and take us to the airport. We grabbed all our baggage and our trophy and said our goodbyes to Anna and Phil. Unfortunately,our flight was delayed due to mechanical issues for almost 2 hours. But going on great trips always includes some delays and problems and we were lucky enough to not encounter many. None the less, we all made it back safe and sound with exhausted bodies and memories that we know we won’t forget.

Overall, the last week or so has amounted to an incredible trip that we were all so lucky to experience. Although we were missing a few teammates back home (Emily, Sarah, Grace, Erin), the week was filled with team bonding and learning opportunities. A special thanks goes to everyone who helped make this happen, including our parents, Team Chicago as a whole, and the wonderful Phil Nielsen who survived a week living with 17 teenage girls… Or make that 17 wonderful women:)

By: Nikki and Shelby