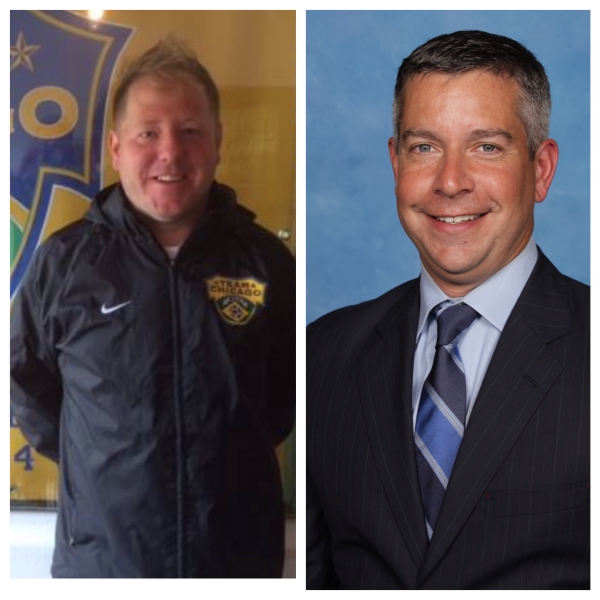 This new structure will allow for more streamlined soccer programming within the WAA from Feet First through Recreational or Pro Academy to Team Chicago’s elite offerings, as well as an expansion of the available programming such as additional camps, clinics, individual and small-group skills training, and one-day tournaments for all levels of WAA players. The main goals of the new WAA soccer structure is to enhance the quality of our current programming, grow our Recreational and TC boys participation, and create new programming to benefit all current and future WAA soccer players.

Herb is a USSF B-licensed coach who came to us last June from his previous position as the Youth Development Coordinator at Chicago Fire Juniors West.

Herb played collegiately at Central Methodist University where he earned a Bachelor of Arts in Physical Education. He also had a stint as a player with the Illinois Piasa in the PASL Pro Division after college.
Herb served as an assistant coach at Southern Illinois University-Edwardsville (DI), Illinois Wesleyan (DIII), Concordia University Chicago (DIII), and William Woods University (NAIA), and he is currently the goalkeeping coach for the women’s soccer program at Lewis University (DII).

Prior to serving as the Youth Development Coordinator at the Chicago Fire Juniors West, Herb served as the Academy Director for Plainfield Legends and Director of Coaching for Mid-State Soccer Club. He also served as an Elite Staff Coach at St. Louis Scott Gallagher Soccer Club one of the biggest and most successful clubs in the country.

Herb is married to fellow Team Chicago head coach Nikki Schuler and they reside in Oswego.

Dave is a USSF B-licensed coach who will be joining us from Shattuck-St. Mary’s in Minnesota where he is currently serving as Head Coach of the U17 Girls Elite Residential Program.

Dave played collegiately at Hunter College, CUNY and earned his Bachelor in Science in Organizational Behavior and Leadership from the University of San Francisco. He is currently finishing up his Master’s Degree in Soccer Coaching from Ohio University a very prestigious coaching degree run in conjunction with the National Soccer Coaches Association of America.

While in the Bay Area, Dave also served as Assistant Coach & Head Equipment Manager for the FC Gold Pride, which won the Women’s Professional Soccer league title, and as head coach of the MVLA Pride U14 and U15 teams, which he led to the ECNL National Championship game in 2013 and a 3rd place finish in the National League. He also served as Boys Varsity Head Coach at Henry M. Gunn H.S. in Palo Alto, CA.

Dave started his coaching career in New York City where he served nine years as a Staff Coach and Camp Director for Downtown United Soccer Club in Manhattan, and two seasons as the Assistant Men’s Soccer Coach at Borough of Manhattan Community College.

Dave is married to Jennifer who is a Chicagoland native and very excited about moving back home. Jen is an illustrator who works in children’s books and has several titles published. Jen is a proud graduate of the University of Illinois-Champaign where she obtained her undergraduate degree, and her MFA from the Academy of Art University in San Francisco. Dave and Jen are the proud parents of two-year-old Emily.

The new Team Chicago structure will allow TC to provide even more individual attention to our players, parents, and teams and thus further enhance our “boutique” feel. It will also provide our Academy players with video analysis and feedback. The use of video is vastly underused in youth soccer, and this new structure will put TC at the forefront of player development and evaluation among elite youth soccer clubs in the U.S.