1998 Elite Advances to the National Semi-final! 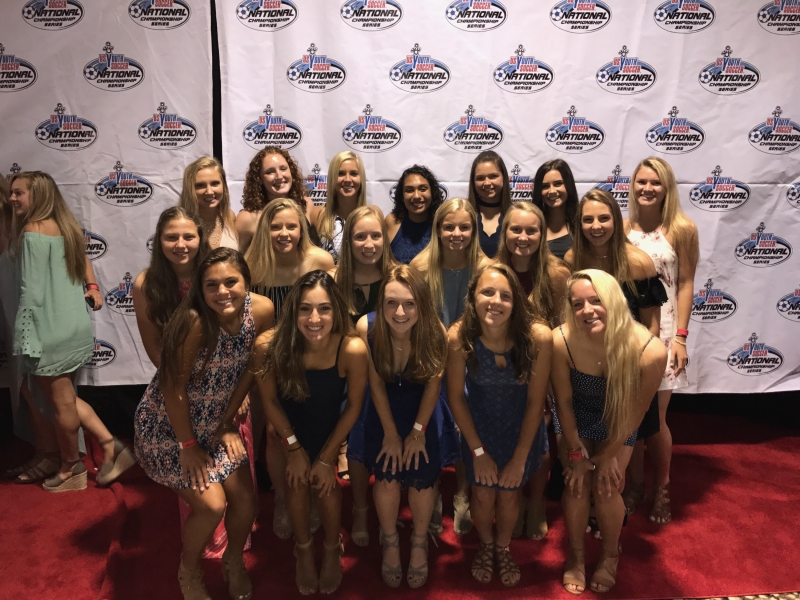 Team Chicago Academy-1998 Elite advanced to the USYS National Championship semi-final after a 2-2 tie in a heroic battle in 100 degree weather against ASA Coyotes from Maryland. Going into the game 1999 Elite needed at least a tie to advance to the semi-final. However, since the other game in the group also resulted in a 2-2 tie, and all four teams ended up with identical 1-1-1 records, they ended up winning the group on goal difference.
With the first place finish in the group they now play the runners-up in the other group – Carolina Rapids Academy – in the semi-final at 7am on Saturday. The game will be live streamed at http://championships.usyouthsoccer.org/live/
In today’s hard-fought battle against a team consisting almost exclusively of current college players, 1998 Elite struggled to get a handle on the game in the first half. About halfway through the first half ASA got the 1-0 lead after a long free-kick missed all TC players in the box and was headed home at the back post. After the goal 1998 Elite got more into the game and created a couple of half-chances.
From the start of the second half 1998 Elite switched to a 4-2-2-2 formation to apply more pressure on the ASA center-backs. And the moved had the desired effect we gained more and more control of the game. And only a couple of minutes into the half Morgan Krause notched the tying goal off a Jordan King corner-kick. Krause delivered a powerful header from close range that the ASA GK was able to stop initially, but Krause immediately pounced on the rebound and guided the ball into the goal.
10 minutes later a perfect quick ball-movement build-up led to Caroline Reedy drawing at penalty kick after a great ball in-behind by Kat Stephens. Jordan King stepped up and calmly converted the PK for a 2-1 lead.
1998 Elite continued to have the better of the play and created a great opportunity to go up 3-1, and essentially putting the game out of reach. Unfortunately the chance went begging and as so often happens in soccer the opponent instead scored to tie the game a 2-2.
Knowing that a tie was enough to advance, the final 15 minutes were all about managing the game and the clock. And the 1998 Elite players did a great job with that. And they even created two 100% chances to take the lead, but again they went begging. In the final minute of play ASA got a great chance to win the game, but the effort was blasted over the crossbar, and in the end 1998 Elite got the necessary result.
It was fantastic effort by all the players, and proof that the team has grown tremendously over the past year when it comes to managing a game and doing whatever it takes to get a result. This should give the players great confidence going into the semi-final on Saturday.
Below is a link to the USYS write-up about the game and our group.
http://championships.usyouthsoccer.org/exciting_games_lead_to_four-way_tie_in_1920u_girls_group_b/