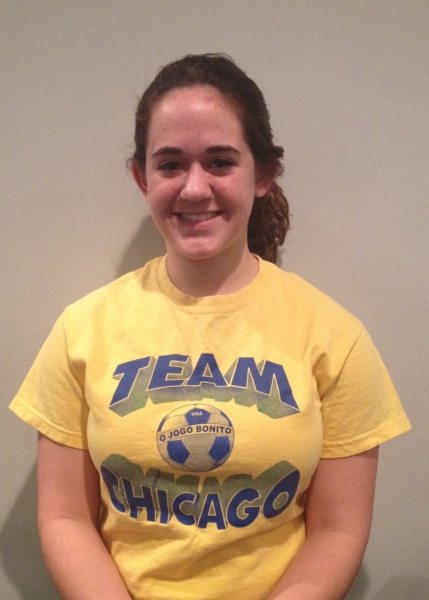 Team Chicago Academy-Nautico midfielder Maddie Perna has committed to playing for Cornell College in Mount Vernon, Iowa as a part of Head Coach Kirsten Russel’s 2014 recruiting class. The Rams play in the NCAA Division III Midwest Conference, and they hope to continue their progress as they improved their record in 2013 to 9-8-1 from 4-13-1 in 2012.

Also known as Owen (thanks to auto-correct) Maddie just finished her third year at Team Chicago, and she is in her 4th year playing at Neuqua Valley H.S. Congratulations and good luck Maddie!