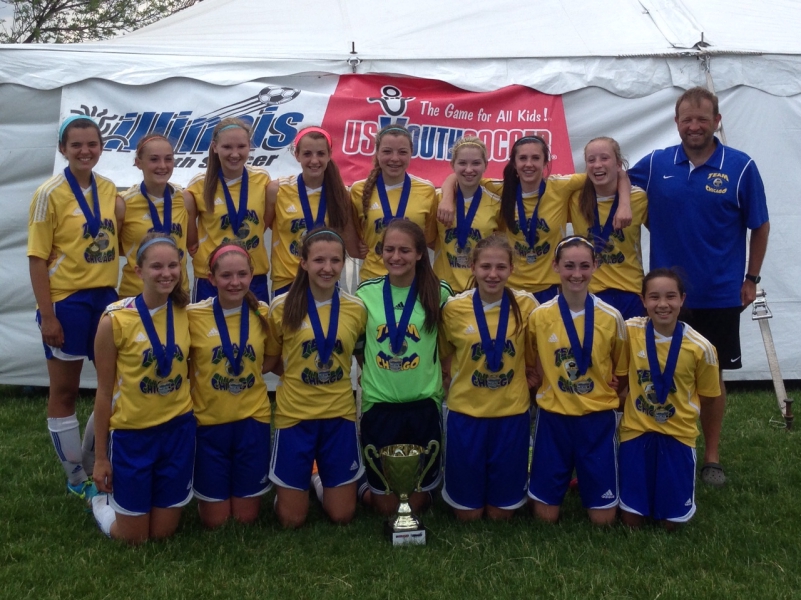 Cruzeiro earned the spot in the final by defeating Campton United 3-1 in Saturday’s Semi-Final. Jamie Goralski got the opening goal off a great assist by Alyssa Bombacino and Katie Wieland. Alyssa then got the eventual game-winner halfway through the 2nd half when she received the ball on top of the Campton penalty box from Sarah Avery & Erin Sweda and buried in the upper 90. Jordan King made it 3-0 on a header off Kerry Abello’s corner-kiick. Campton reduced the lead with 2 minutes left in the game.

In today’s final Kerry Abello beat 3 defenders to draw a PK less than a minute into the game. Jordan King calmly slotted the ball away for the early lead. 10 minutes later Jordan hit a perfect free-kick that unfortunately hit both the upright and the crossbar and bounced out. A few minutes later Jordan got another opportunity on a free-kick and this time she struck into the back of the net for the eventual game-winner and a 2-0 halftime lead.

7 minutes into the 2nd half Katie Wieland played a long ball forward which Jamie Goralski flicked into the run of Alyssa Bombacino. Alyssa outran 3 defenders, faked the GK one way, and then calmly cut the other way and toe-poked the ball into the open net to put the game out of reach. Eclipse pulled 1 back with 17 minutes left, but Kerry Abello helped restore the 3 goal lead with 7 minutes left when she beat 2 defenders before being taken down in the box. Up stepped Jordan King to claim her first hat-trick for Cruzeiro and her 4th goal of the Championship weekend.