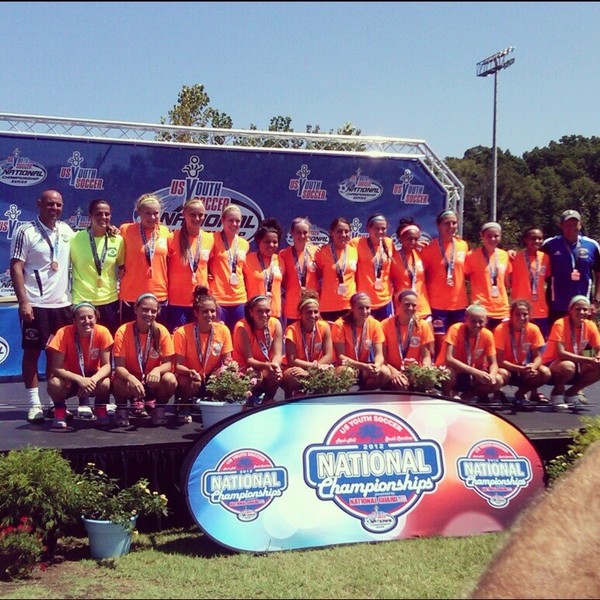 Here is the USYS preview of the U18 National League age group:

“We’re really excited about going down to Raleigh,” said VSA Heat Blue Head Coach Steve Smith.
“You definitely play the best teams from the country, so I think there’s a standard and to get into the League is extremely difficult. I think it’s important that each team earns their spot.”

Smith stressed the importance of competing in the National League as part of their successful run at the National Championships and having 16 players committed to play NCAA Division I college soccer.

“I think the biggest thing is we want to play the best competition, and obviously the National League provides that. We want to give the girls an environment where they can prepare themselves to play at the next level at college.”

“You get to compete against the best players around the country in the National League, and I think that really brings out the best in the girls and in our team. Every game last year, we were close, and the girls had to be really focused mentally and physically to do their job. I think National League really prepared us for when we went to the National Championship last summer.”

“To get back to the National Championships? I think it’d be the culmination of everything, it’d be huge. When we came together to start training for the season, the girls said that their goal was to get to Nationals. They’re very focused, so I think it would be the icing on the cake.”

“I think the goal is to try to get one of the two berths to Nationals. We want to finish in the top two,” said Smith. "We know we’ve got a big target on our back being the champs from this past summer, so we’re going to have to stay healthy and make sure we come out with our best game every time. It gives us a lot of motivation to get back out to National Championships in July.

“Nationals was top-class, well run. The best event I’ve ever been to. The venue was amazing, the banquet was top-class, it was a once in a lifetime experience for myself and all the girls on the team.”

Michigan FC was just two points away from a division crown last year and fell short of the National Championships as they were ousted in the Region II Championship semifinals by Team Chicago. Michigan will try to put the heat on Legends in the Blue Division, and they’ll need the services of Ava Doetsch (Nebraska – Omaha) and Vija Veinbergs to get over the hump. Doetsch led the team and finished second in scoring at Regionals with four goals, while
Veinbergs led the team last season with four scored.

“The National League has really made it a competitive environment for our girls. They know when they step on the field they’re going to have to bring their best game, otherwise we’re not going to be successful,” said Smith. “Every game is a tough one, and I think that’s the important part of it, being able to compete and knowing that that’s going to transfer to when they go to college.”