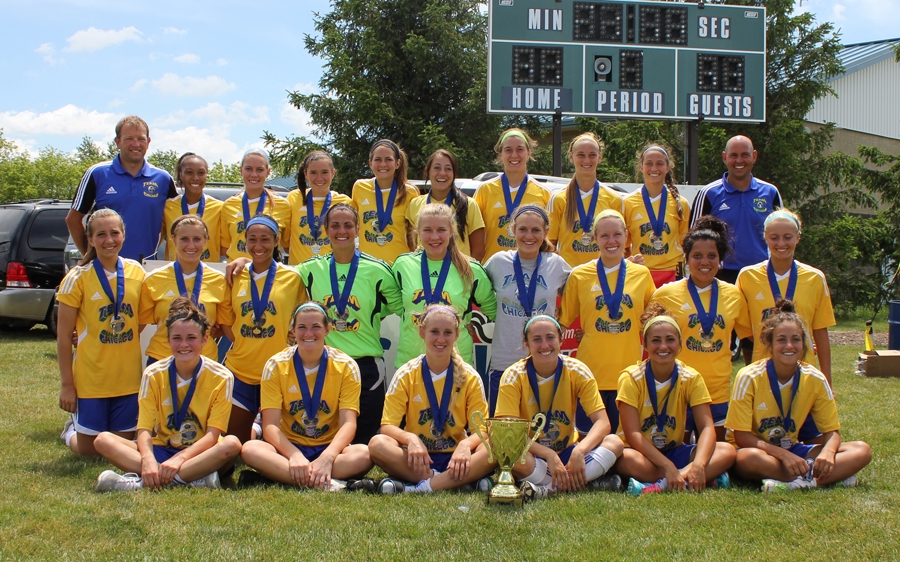 Team Chicago Academy-Botafogo clinched a berth into the U18 USYS National Championships in Overland Park, KS in July after a 3-1 victory over Blast FC from Ohio in the penultimate National League game. With the win Botafogo maintained a perfect 6-0 record.

Botafogo was led by Zoe Swift’s hat-trick. She got her first goal in the 25th minute from Bryce Banuelos’ assist. Blast equalized in the 66th minute, but only a minute later Ashley Handwork and Zoey Goralski combined to set up Zoe Swift for the eventual game-winner. Swift got her third to put the game out of reach in the 81st minute from Ashley Handwork and Kaitlin Johnson.

Team Chicago Academy-Santos beat United SA from Georgia 5-3 to qualify for the U17 Disney College Showcase final on Thursday. This marks the second year running that Santos qualifies for the Disney Final.

United SA made it 3-1 before Olivia Schmitt beautifully assisted Heather Handwork to make it 4-1. United SA made it 4-2 on a PK, but Gianna Marconi made an elegant run to set up Hannah Rodgers for the 5th Santos goal of the game.