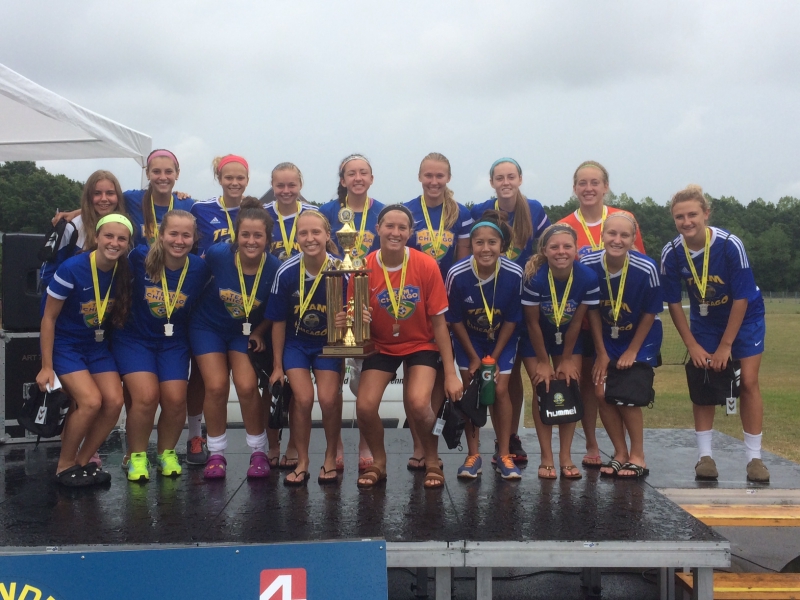 Our day began promptly at 8am in the lobby because as Phil says “early is on time, on time is late and late is unacceptable.” We experienced our first Danish breakfast with bland cereal, salami, and as well as some soft boiled eggs. But Phil was upset we didn’t get to experience the Danishes… Darn. While eating, Quincy had to excuse herself from the table and throw up. The time change really got to her.

After breakfast we had a team meeting and met our new Danish teammate Anna. An hour later we headed out to the field for our first game against Throttur FC (Iceland). The Iceland players struggled in the heat as they sat in sports bras and rolled up their pants to bikinis while sun bathing on the bench. It was quite the distraction. Welcome to Europe!!!!! After beating Throttur FC 4-1, we went to the cafeteria for lunch followed by a long nap preparing for our next game.

We had a team meeting before playing Brøndby (Denmark). As we were warming up, Phil drops the big news on us that we will be playing against 2 professional players (no big deal). Resulting in a 1-0 victory. After our game we had hamburgers and extra large hotdogs for dinner with the Danish players. We taught them some English slang words including yolo and swag. Then we headed for bed.

The next morning Phil was very excited to find that they had Danishes at breakfast! After breakfast we played the championship game against a team from Sweden and unfortunately lost 2-1, not knowing until later they had a few U17 national team players on their team. We then quickly headed to the award ceremony to receive our runners-up trophy to bring back to the TC office. We then had delicious pitas for lunch!